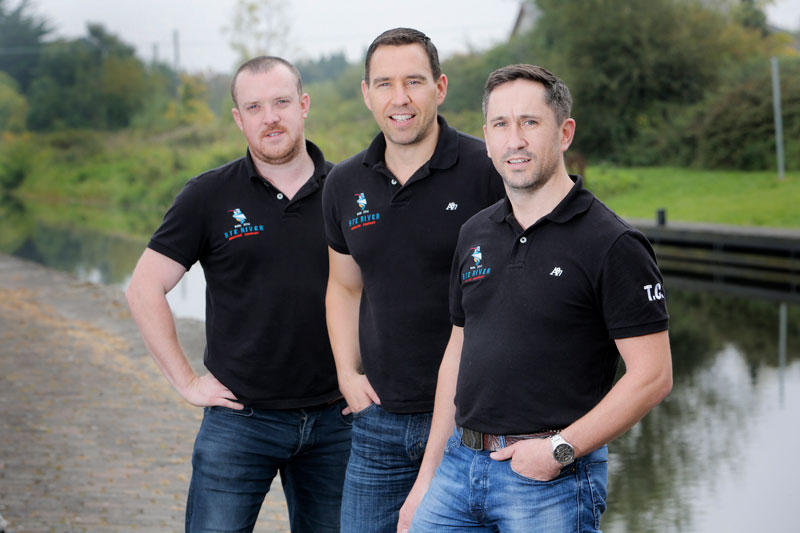 150 new jobs are to be based in a new state of the art craft brewery and visitor centre created by beer and cider business The Rye River Brewing Company in Celbridge, Co Kildare whilst up to 100 jobs will be generated in the construction of the new brewery plant and visitor centre which is hoped to open in late Spring 2016, subject to planning.

The new jobs will be created over three years and along with the investment of €4m into the new plant and visitor centre will be worth an extra €12.5m to the local economy. The new positions will be spread across manufacturing, customer service, brewing, export, general operatives and management.

The Rye River Brewing Company was established in 2013 by Niall Phelan, Alan Wolfe and Tom Cronin having learned their craft with global brewing giants Diageo, Heineken and Molson Coors. The founders used their experience gained in dealing with customers, building brands and brewing to build their current team with a vision to not only be the best little brewery in Ireland but the Best Little Brewery in the World! From a standing start in late 2013 the company has grown to almost 60 employees, produces a range of fifteen beers including six of their own brand McGargle beers and is a distribution centre for imported brands such as Bavaria and San Miguel along with craft beers from Innis & Gunn in Edinburgh. They also supply private label contracts with Lidl and supply some exclusive brands to Tesco and Dunnes. Company turnover has increased from €189,000 in 2013 to €5,500,000 in 2014, a 2900% increase, and they forecast a further growth in turnover to €16,000,000 by the end of 2015. Current exports are to 14 countries and further growth is expected to come from the domestic market as well as additional targeting of the UK, US, European and Asian markets.

Making the announcement today, Founder Niall Phelan said: “This is a really exciting time for The Rye River Brewing Company as we reach this significant milestone in our expansion and development and we have strong plans and targets now in place to increase production to meet our growing export markets. Our production capability will treble to seven million litres from the current two million litres as we have outgrown our current brewery and importantly the investment will help us maintain the quality of our award winning Irish craft beers that have helped to drive our expansion abroad. We have been lucky in that we have been profitable from 2014 and we’ve been able to use these profits, our own reserves and some borrowing to fund our existing successful operations and cap-ex. The new development will be funded from cash and some investment and we will be seeking further investment over the coming six months.”

“Our Irish craft beers and brand is positioned to target consumers who we are increasingly beginning to reject main stream beers in search of a beer that has more flavour and character. Often the leap from mainstream beer to craft beer is too challenging and consumers find themselves moving back to mainstream beer. We identified the need for an Irish craft beer, focused on perfecting classic beers styles brewed with passion, which led us to develop McGargles, a range of beer designed for people choosing craft beer everyday. The popularity of our beers abroad is phenomenal and is the main reason for our expansion” he continued.