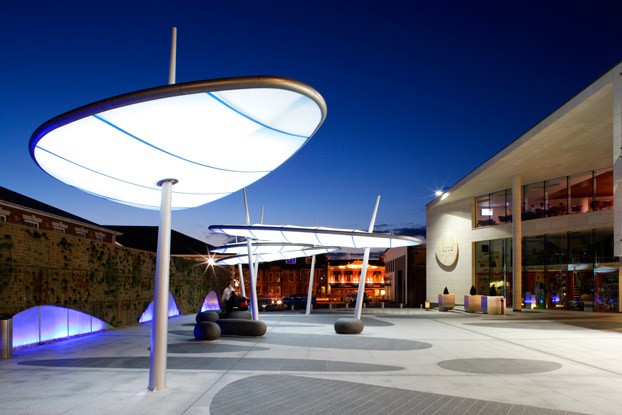 Agents Savills and Coady Supple will act as joint agents to sell the centre which has a freehold interest in the 300,000 sq ft centre in Newbridge.

The price tag of €150m equates to a net initial yield of circa 7.5%. The development has a weighted average unexpired lease term of more than 11 years, and sits in Newbridge, Co. Kildare.

The property generates a net operating income of around €11.7m per annum. Of this, 87% is produced by the shopping centre tenants and the remainder is from the car park and residential units.

The announcement is hot on the heels of the recent announcement that Hammerson and Allianz Real Estate have agreed to acquire the Project Jewel portfolio of loans secured against prime retail assets in Dublin, including Dundrum Town Centre, and part ownerships of the ILAC Shopping Centre and the Pavilions Shopping Centre in Swords.

Savills and London based Coady Supple commented that “the sale of Whitewater Shopping Centre has been keenly anticipated by many domestic and international investors looking for scale and security but potentially not willing to compete for the enormous scale which was offered through Project Jewel.

“Based on the trends we are seeing both in Ireland and across Europe we believe this opportunity will command strong interest from domestic and global institutional capital, as well as a host of private equity investors who have been active in this sphere of late. Our in-house research teams are forecasting continued growth in the retail sector, all of which has been evidenced by the recent surge in activity within the sector.”