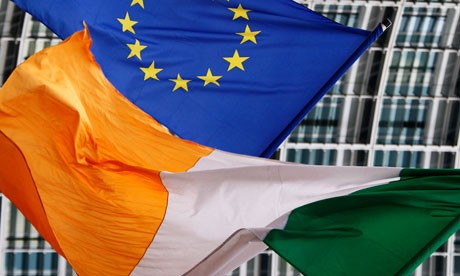 The latest figures from the World Economic Forum (WEF) indicates that Ireland is now the 8th most competitive country in the eurozone and 11th in the EU.

The WEF report published this morning shows: Ireland’s ranking improves by one place to 24th thie year, marking a steady improvement since 29th place in 2011, but still some way off the high point of 5th in 2001. Ireland now ranks 8th most competitive country in the eurozone and 11th in the EU. Ireland performs well in respect of goods markets efficiency, institutions, health and primary education and labour market efficiency. Significant challenges exist in respect of infrastructure, market size, financial markets, and the macroeconomy

Speaking today, Minister Bruton said: “Improvements in competitiveness has been at the heart of our economic and jobs recovery since 2011. During the later years of the Celtic Tiger and the crash, the Government took its eye off the ball massively and allowed our competitiveness to plummet. Our share of international markets fell rapidly and the result was quickly felt in the jobs market, with exporting companies accounting for a smaller and smaller share of employment.

“Since 2011 we have been trying to rebuild a new economy based on exports and competitiveness, to replace the failed model based on property and debt which collapsed. We have had some success in this, with competitiveness slowly climbing and record results for sales and employment by exporting companies who depend on that competitiveness. Well over 40,000 extra jobs have been created in those companies since we we launched the Action Plan for Jobs three years ago.

“Now as recovery begins to bed in, we must make sure that we don’t lose our focus on competitiveness. Today’s report provides a timely reminder that while our performance remains good, major challenges remain. Through continued strong implementation of the Action Plan for Jobs and the competitiveness structures built into it I am convinced that we can continue the strong performance of recent years on this front”.