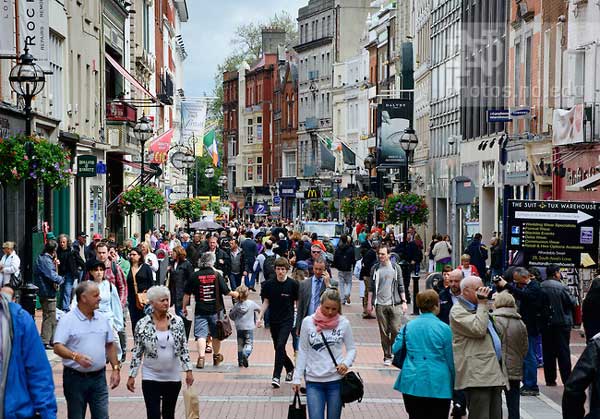 A forthcoming report by property experts Savills highlights the effect that rapid population growth in Dublin is having on the retail economy and, in turn, retail rents.

Dublin’s population has risen by 43,000 people (+3.4%) over the last 2 years and, independent of jobs growth and consumer sentiment, the sheer weight of numbers is driving sales and causing retailers to take more space, according to Dr. John McCartney, Savills’ Director of Research;

“Regardless of people’s mood or financial circumstances they need to consume retail services at some level.  Therefore it stands to reason that an increase in numbers should boost the demand for shopping space and drive retail rents.   Working with the ESRI we found that a 1% increase in Dublin’s population leads to a 1.25% rise in the overall retail rents index within 2 years”.

Savills notes that, given strong population growth and the pick-up in household finances, the demand for restaurant space in particular has rebounded.  Larry Brennan, Director of Retail at Savills Ireland commented;

“The first six months of the year saw competition for space intensify as both indigenous restauranteurs and new entrants have sought to acquire premises. Demand is particularly strong in the mid-range family dining segment with international chains such as Prezzo, 5 Guys, Ask, Nando’s and Zizzi all active in the market.”

Reflecting this, Savills report that rents in the sector are moving up quickly and currently stand at around €750 per sq m in the city centre and €550-€650 in the main Dublin shopping centres.

Elsewhere in the report, Savills states that expectations of rental growth have led to the resumption of retail development after a long hiatus. The new extension at Liffey Valley Shopping Centre, which includes a cinema and a large Penneys store, will also include six restaurants.  These are due to open early in 2016 and the majority are already pre-let.

“With investors focused on providing a destination shopping experience, other schemes are also undertaking initiatives to meet the demand for restaurant space. For example, phase two of the Kildare Village scheme is scheduled to open before the end of the year and will provide two restaurants as well as 34 new fashion outlets”, concluded Mr Brennan.