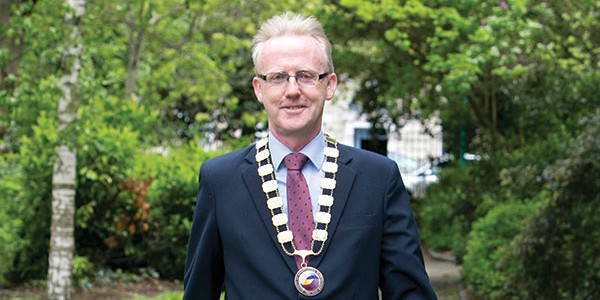 The SCSI has called on the Government to support the delivery of more housing units, more commercial office space and to introduce an apprenticeship scheme to address the skills shortage and create more jobs.

In a statement The SCSI, which is the professional representative body for the property, land and construction sectors, said Budget 2016 was an opportune time to put in place key measures to create a more sustainable sector and to ensure our economic competitiveness is maintained.

Andrew Nugent, President of the SCSI said; “maintaining our competitiveness by addressing the barriers to supply in the property and construction sectors must be a key pillar of Budget 2016. We are calling for the introduction of a suite of measures that would kick start building and increase supply. The Housing Agency has projected a need for 21,000 units annually and we are currently building less than half of that figure and we now need some short term measures to stimulate house building activity”.

The SCSI’s recommendations for the housing sector include:

Commenting on recent coverage on proposals to introduce rent controls Nugent described this as a retrograde step. “International evidence has shown that rent controls do not work in markets where there is an acute supply shortage. Building more units and supporting the financing of rental schemes, such as the Build to Rent scheme the SCSI is advocating, will make rents more affordable – not artificial controls.”

The SCSI also said that modular units, which can be quickly constructed and connected over ground to services including water and electricity, would offer a short term solution to those in need of emergency accommodation while the 35,000 units promised in the Government’s Social Housing Strategy are being built.

In the commercial property market, the SCSI has called on Government to increase the provision of development finance at more attractive rates for viable developments. It pointed to the recent announcement of a €500m joint venture between the Ireland Strategic Investment Fund and KKR Credit for house building and said that similar funds should be considered for commercial projects.

“One of the main sources of delay on commercial projects coming to the market is difficulties accessing finance. We need to see more finance at commercial rates being made available on commercial schemes through such funds”, said Nugent.

Nugent also noted the success of the Docklands SDZ and recommended that the SDZ model, which fast tracks planning applications, be considered in other key urban areas with economic potential.

“In the short-term we would also like to see unused commercial units, and empty units above shops, in urban and regional areas being converted into residential units and also having relief from rates for a period of one year”.

In order to advance the construction of commercial buildings in strategic locations the Society is recommending that the IDA should underwrite the rent for office buildings in these areas.

The population of Ireland in 2021 is expected to be 6.6% greater than it was in 2011 and this will have an impact on the sustainability and competiveness of our economy.

“The IMF estimates suggest that as much as 27% of Ireland’s potential economic output was lost between 2008 and 2013 and the SCSI believes that investment in essential public infrastructure including transport, social housing and broadband provision must be prioritised in terms of Public Capital Investment”, said Nugent.

The SCSI also said that the Home Renovation Incentive scheme which has attracted nearly €300 million worth of construction work, on 14,438 projects should be extended beyond 2015. The lack of skilled construction professionals was also noted as a key concern in the Government’s Construction 2020 Strategy.

“One of the key challenges facing the sector, as identified by the SCSI, is the shortage of skills in the construction sector which poses a challenge to meeting the increased output projections of the sector in terms of capacity. We are recommending that Government supports a new industry backed degree apprenticeships scheme, similar to the one which is being rolled out in the UK. If developed in Ireland, this could facilitate an increased delivery of professionals to the industry, in a speedier time frame, whilst ensuring a high standard of education,” concluded Nugent.

The proposals are outlined in detail in the SCSI’s Pre Budget Submission 2016 document, ‘Building for Growth’ which is available to download.