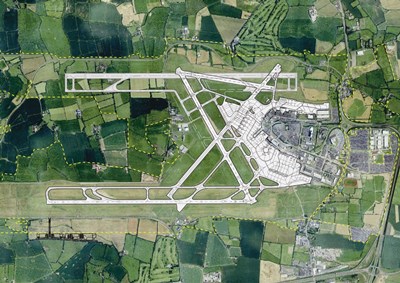 Minister for Transport, Tourism and Sport, Paschal Donohoe TD, has launched a new policy for the Irish aviation sector. This is the first time the State has launched a Policy of this kind.

Speaking at the launch, Minister Donohoe pledged the Government’s support for the further development of the aviation sector, saying:

‘Aviation matters. It matters to the Irish economy, it matters to consumers, and it matters to this Government. The aviation sector contributes significantly to the Irish economy, it contributes over €4bn directly to Ireland’s GDP, supporting 26,000 jobs with a further 16,000 jobs indirectly. The tourism industry is also heavily reliant on aviation and accounts for a further €5.3bn in GDP and 180,000 jobs.  I’m glad to say that in line with our very healthy economic recovery, the aviation sector in Ireland continues to grow strongly.  Last year 25.5 million passengers used Ireland’s airports – up 7% on 2013 and total flights in Irish airspace grew by 2.7%.  This trend looks set to continue with a record 15% increase in passenger volume at Dublin Airport reported for the first half of 2015.  The sustained growth in Irish air traffic in recent years is very welcome.

“By 2020, we expect Irish airports will handle in the region of 33 million passengers and the Irish aviation has to be ready not just to deal with the challenges ahead in this changing global environment but to capitalise on the opportunities that will present, such as the shift taking place in the global aviation from the traditional EU-US axis, eastwards to Asia. Contributing to the nation’s economic recovery is at the very heart of the purpose behind the preparation of this new aviation policy. The extensive input received from stakeholders, including experiences in the industry over these past few difficult years, has helped to shape what I believe to be a robust Policy that will provide a positive pathway for the development and growth of the aviation sector in Ireland, creating jobs both directly and indirectly.  It will also create an environment that will encourage the industry to increase connectivity to and from Ireland for the benefit of the travelling public, Irish tourism and Irish business.

The implementation of this Policy will be a key priority for my Department”, Minister Donohoe concluded.