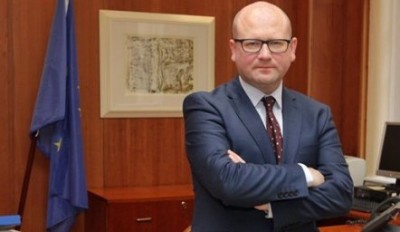 The Minister for Business and Employment, Ged Nash TD, has today announced the commencement of the application process for appointment to the Panel of Adjudicators under the Construction Contracts Act, 2013.

This Act introduces new minimum payment arrangements between parties to a construction contract and will apply to contracts entered into after the commencement of the Act.

If a payment dispute arises between parties to a construction contract covered by the Act, either may refer the payment dispute for adjudication, which will then take place within a tight timeframe. If the parties cannot agree on the appointment of an adjudicator, either may apply to the Chairperson of the Construction Contracts Adjudication Panel to appoint an adjudicator from the Ministerial appointed Panel of Adjudicators to the dispute.

Expressions of interest are now being sought by the Public Appointments Service (PAS) on behalf of the Department of Jobs, Enterprise and Innovation from suitably qualified persons for selection to this new Panel of Adjudicators.

Minister Nash will make the appointments following the assessment of suitability of applicants by the PAS.

Minister Nash said: “I am pleased that the Public Appointments Service has, at my request, commenced the application process for persons who are interested in being considered for appointment to the Panel of Adjudicators under the Construction Contracts Act, 2013. I would like to encourage people from each of the relevant disciplines to apply. The closing date for applications is the 18th September.

I believe that this new adjudication panel should greatly assist those involved in the construction sector to resolve payments disputes in a professional and efficient way.”

Full details of the application process are available at www.publicjobs.ie. Section 8 of the Construction Contracts Act, 2013 requires that a member of the Ministerial appointed Panel of Adjudicators must be a person of any of the following descriptions:

(i) a registered professional as defined in section 2 of the Building Control Act 2007;

(ii) a chartered member of the Institution of Engineers of Ireland;

(v)  a fellow of the Chartered Institute of Arbitrators; or

duly obtained in any other Member State of the European Union.

Minister Nash has recently appointed Dr Nael G. Bunni as Chairperson of the Construction Contracts Adjudication Panel. Work is continuing on the preparations for the full implementation of the Act as soon as possible.