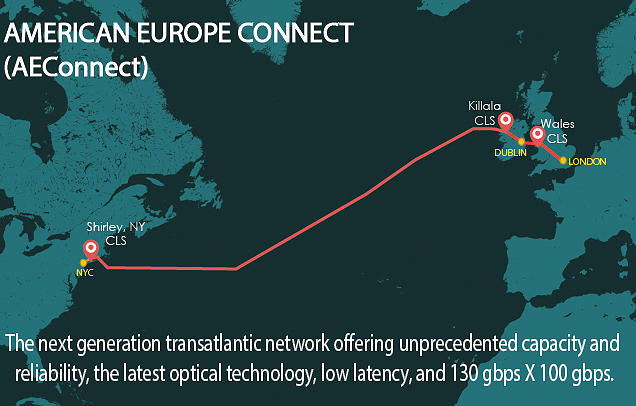 The transatlantic cable system has landed in Co Mayo with the potential to generate substantial employment in the West of Ireland.

At a cost of about $300m the transatlantic fibre optic cable will have the capacity to handle one third of the world’s telephone calls.

It will span 5,475 km from Mayo to Long Island in New York in the US with construction due to be completed by December and it is expected to begin operations from the turn of the year.

As well as being the first and only dedicated modern subsea fibre optic cable system running directly from Ireland to the US, the system will also provide terrestrial connection running from Mayo to Dublin and then across the Irish Sea and on to London and greater Europe.

An Taoiseach, Enda Kenny TD said at the launch that the cable has the potential to provide new investment to the entire region. “It will make the West a key gateway in the flow of information and data across the Atlantic.

“The delivery of advanced technological infrastructure in the area will provide a platform for data centres, content providers and other businesses to set up their operations in the region.”

Aqua Comms chief financial officer Martin Roche added: “Not only will this cable be able to handle up to one third of the world’s phonecalls, but it is being built so that we can increase its capabilities further in the years ahead as capacity demands around the world grow.”