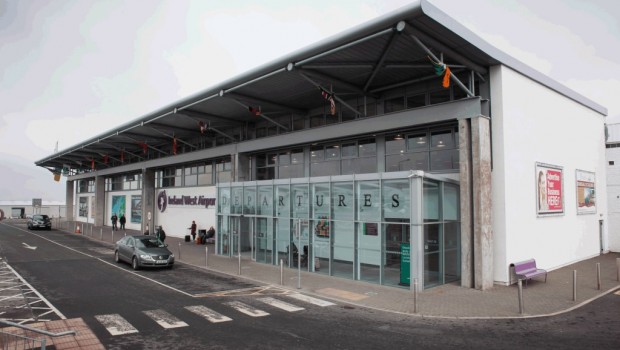 Ireland West Airport Knock will reduce its carbon footprint by 900 tonnes by using only energy generated by Energia’s wind farms.

Under the terms of the new deal, Energia will supply Ireland West Airport with 1.9 gigawatts hours (GWhs) of electricity – the amount of energy that would power over 400 Irish homes for a year. The entirety of this will now be supplied from renewable resources, leading to a saving of 900 tonnes of carbon.

Energia Renewables is among Ireland’s leading providers of sustainable green energy, providing 25% of Ireland’s wind power to homes and businesses across the island. Energia currently supplies over 795MWs of renewable energy and this will rise to over 1,000MWs in the coming years. Energia has invested over €300m in wind farms since 2008 and currently has over 300MWs of projects in development.

Commenting on the deal, Donal Healy, Sales and Marketing Manager, Ireland West Airport, Knock said: “We have consistently placed a high value on the sustainability of our operations. That is why we have had sourced 100% “green” energy from Energia for over five years now. This contract renewal in a restatement of this commitment while at the same time continuing to drive efficiencies at our Airport. We are delighted to be able to partner with a local Irish producer of renewable energy.”

John King of Energia commented: “We’re delighted to retain Ireland West Airport Knock as a customer. Like thousands of other Irish businesses, they are interested in sustainably generated energy. Energia is perfectly positioned to generate and supply this green power at very competitive prices – a win for business and the Irish environment.”

“Energia currently supplies over 795MWs of renewable energy to homes and businesses across Ireland.  We are on track to supply over 1,000MWs in the near future. Energia Group remains one of the most significant contributors to the achievement of Ireland’s renewable targets and one of the largest investors in the renewable sector.”