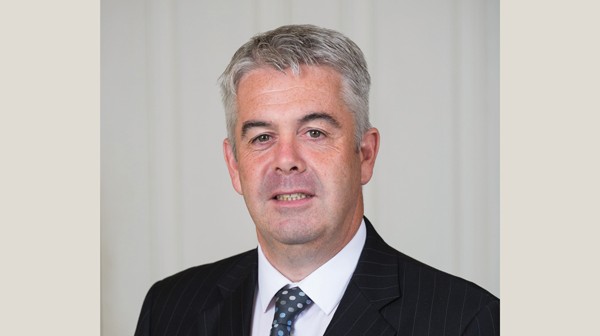 Expanding into new markets and new sectors has helped Roadbridge hold on to its inclusion in the Top 10 of Ireland’s Main Contractors, says company MD Conor Gilligan.

Founded in 1967, Roadbridge has been synonymous with heavy civil engineering in Ireland for decades, it has an extensive portfolio in various sectors including: motorway construction, renewables, energy, commercial, industrial, waste management and leisure. Today the company employs 620 staff worldwide and last year half of its total revenue of €126m was earned outside Ireland. It is a Standard & Poors rated company.

Before becoming MD of Roadbridge in 2003, Conor Gilligan served for 10 years as the company’s financial director. It is during his tenure as MD that the company has expanded into overseas construction markets. He says: “The Industry is certainly coming out of the downturn albeit at a slower level than anticipated. The Construction Industry is a reactive one in that we react to the needs of investors and government, therefore a buoyant economy is critical to our performance. There is no doubt that companies will have taken write downs in their businesses over the last six years and labour numbers will have dropped however companies that have survived will now find themselves well prepared and better able to grow their businesses once again in a measured fashion. A big lesson that has been learned is the value of diversification in the type of works undertaken, clients, forms of contract and geographic locations.

“When the big downturn in construction commenced in 2008, Roadbridge was actively engaged in the construction of the M8 and M9 Motorways and we were, and still are, main contractors to Shell on the Corrib Gas Project. This allowed us some time to re-position ourselves and seek opportunities in other construction markets. Roadbridge since its foundation in 1967 had never previously worked abroad before however we had a wide range of skills and a very broad portfolio of projects that we could rely on to break into new markets.

“We have been perceived as being a road building company; however, this is wide of the mark. Over the last 45 years we have delivered over 250km of Motorway in addition to the countless number of smaller road projects. In Water and Sewerage, we have constructed countless miles of cross country and urban pipelines in addition to major treatment plants, outfalls and reservoirs. We have been responsible for the provision of a large portion of the national gas network with the laying of the large diameter gas main from the interconnector at Loughshinny in North Dublin, across to Galway and up to Belmullett in Mayo. This and various similar projects for Bord Gáis enhanced our reputation in the energy infrastructure market. We were also main contractor to Anglo American in their development of the Lisheen Mine in Co. Tipperary. We also work in the leisure and sporting world where we have constructed countless sports pitches, four Golf Courses and a Race Course. Site development has also been a large part of our business and our ability to provide fast track solutions in response to the needs of various multi-nationals that have come to set up operations in Ireland has also contributed greatly to our reputation.

“For a company of our size, internationalisation was crucial to our survival. We commenced our travels abroad in January of 2008 when we tendered for a major project in South Africa without success. Our first successful tender abroad was when we won the civil contract for the new gas processing plant at Sullom Voe in the Shetland Islands for Total E&P. Further projects followed there. We commenced working for Scottish Power the following year in Scotland  working on the building of the largest on-shore wind farm in Europe at Whitelee. Our motorway expertise was recognised when we were awarded the construction contract for the A477 Motorway Project in South Wales. We see the UK market as a major market for us and we currently have offices in London, Cardiff and Glasgow. In the last five years we have also been busy in the Middle East where we currently have operations in Oman and Qatar. Currently, one of our largest projects is in New Caledonia in the South Pacific where we are working for Vale Inc, of Brazil, as main contractors in the construction of a 48-million cubic-metre tailings pond at their nickel mining facility.

“Obviously the procurement of further infrastructure contracts is the best way to help the industry in Ireland. The Motorway Network development from 2000 to 2010 was a great success. Further motorway projects are now under construction such as the M17 Gort to Tuam Motorway on which Roadbridge are actively engaged. The advent of the Motorway Maintenance Contracts has also been a positive development where Roadbridge is an active participant with our JV partner Colas. As a native of the Mid-West I would like to see the construction of the Limerick to Cork Motorway as a priority and I believe the Government need to revisit this and revise their proposed method of procurement. If the €1bn required is not available, why not revert to the traditional Design/Build form of contract and procure this route in 20km stretches? This method of procurement, however piecemeal it may seem has served us well in the past.”