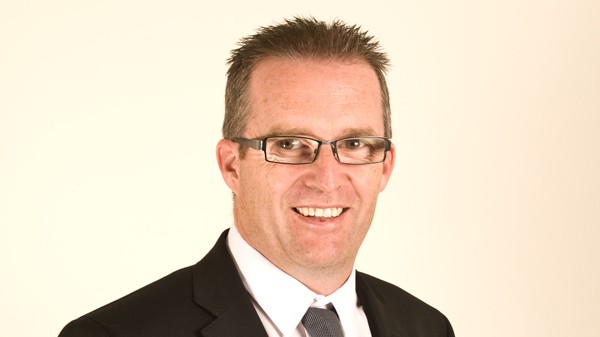 When the downturn hit Bennett Construction Ltd staff numbers were reduced by almost 75%, but the company is now recruiting as business starts to grow again, says joint MD Paul Bruton.

At the height of the Celtic Tiger years, Bennett Construction  Ltd had 220 employees, but that number shrank to 57 when the recession hit. Today, it has 114 staff members.

“The contraction in the Irish economy decimated the Irish construction industry,” says Paul Bruton, who has been with Bennett’s for nearly 25 years. “While we continued our policy of having a set number of projects in hand, the size of these projects greatly reduced and so did our requirement for construction workers.”

The company looked for new opportunities, particularly in Britain and Germany. “We had been active in the UK property scene since the early 1980s and, as well as being familiar territory, we could see there was a rising market there so the decision to open an office there in 2008 was an obvious choice.”

Bennett’s first UK job was the conversion of a 19th century print works into a retail space with high-end apartments above it in Long Acre, near Covent Gardens. The company has since won several major design & build contracts, including one for a 24-storey tower near Aldgate in the East End and another for retail space and 106 apartments at Dalston Western Curve in Hackney. Notably, the company has won repeat business at the Oval Cricket Ground, with Bruton saying ongoing customer satisfaction here is a result of Bennett’s client-focused open approach to business. “Understanding our Clients’ expectations and business requirements allows us to focus each project delivery around their specific needs and that has been a deciding factor in the level of repeat business we receive.”

In addition to having an integrated management system accredited to the ISO 9001 quality management, ISO 14001 environmental management and OHSAS 18001 safety standards, as part of company policy, Bennett’s limits itself to a set number of projects to ensure construction team continuity. Bruton said: “We’ve also worked hard with our subcontractor and supplier base to deliver efficiencies and maintain a top-class service. This approach has allowed us to secure new contracts and has led to continued repeat business.”

A case in point is Bennett’s relationship with Primark, which dates back to 2011, when Bennett’s were involved in the construction of a 16,500m2 central distribution warehouse in Naas for Penneys. “We demonstrated our ability to deliver on time and on budget in a very open, non-adversarial way and from this project the relationship quickly grew, with projects such as the refurbishment and fit-out of their European head quarters building in Mary Street, Dublin, and then on to the fit out of flagship stores in Frankfurt, Cologne and Berlin, and more recently completed stores in Brunswick/Braunschweig and Dresden. We moved into the German market with the sole aim of servicing Primark’s retail fit-out business and we relocated dedicated management and staff, together with specialist supply-chain providers to provide fast-track delivery of high-quality high-street retail units.”

Last year, Bennett Construction Ltd enjoyed a total annual revenue of €114m, with €85.5m of this earned in Ireland. Bruton says that, currently, between 15-20% of turnover comes from the UK and 10-12% comes from Primark-related work in Germany.  As Primark expands further in Europe, Bennett’s may follow them into Austria and the Netherlands.

Back home, Bruton says: “The most valuable sector for growth in the medium term would be the commercial office sector, mainly in Dublin and Cork, along with growth in the data centre and the pharmaceutical sectors.”

“We are gradually building back up staff levels as the business expands with the growing marketplace requirements. We are lucky that we had the ability to retain highly skilled Senior Management staff and to grow new teams around this knowledge base. As an industry, we need to be mindful of the human cost of the downturn. It had a profound effect on confidence levels, with apprentices and skilled workers leaving the Industry. A sustainable approach to the industry needs to be maintained going forward.”

From Digital Hub to Silicon docklands

One of the biggest accommodation developments in Dublin in recent years is being built off Thomas Street by Bennett Construction Limited and the company is also working on a prestigious office project overlooking the grand canal basin.

Built at a cost of about €40 million and comprising 471 bedrooms and some 10,650m2 of floor space, the student accommodation at the Digital Hub is reckoned to be the biggest apartment or office space development started in the country last year. Founded in 2003, as a government-sponsored urban renewal scheme, the Digital Hub is now Ireland’s largest cluster of IT, internet and digital media companies, with some 160 enterprises based there.

The student accommodation’s developer is Knightsbridge Student Housing Ltd, a company with significant experience of building similar projects in the UK, and also in France, but this is their first venture in the Republic.  The project does not aim to cater for the students of any one particular third-level institution, but student accommodation is in short supply in the city centre. So although the NCAD is just down the road from the Digital Hub, the future student tenants here may well include scholars who are studying as far afield as DCU on the northside or UCD to the south of the city. To help its tenants get around, within the city there will be parking spaces for 200 bikes.

The student bedrooms are organised over 95 clusters ranging from four-bedrooms to eight-bedrooms, with each cluster having its own dedicated kitchen cum living-room area. Each bedroom is self-contained with a dedicated study area and en suite toilet and shower-room facilities. The WC and shower facilities are contained within prefabricated slim-floor pods that have been manufactured in the UK and then transported, nine at a time, by HGV to the site. Once they reach the Digital Hub, they are craned to loading bays from where they are slid into place. There are 461 of these pods, plus 10 disabled access WCs and shower cubicles. Also, craned into place will be some 70 precast flights of stairs.

As part of the student’s rental agreements, the accommodation will be serviced and there will be a permanent 24/7 presence at the building’s reception/management area. The development has been organised into two blocks: blocks ABC ranges in height from seven floor plates to 11, including roof, and blocks DE ranges from five ten floor plates, including roof. Between the building there will be a new thoroughfare, Roes Lane, that will provide pedestrian access between Bonham Street and Thomas Street through the Digital Hub campus at St Patrick’s Tower.

The substructure comprises 360 number 450mm cfa piles with rising elements cast in situ and 250mm insitu flat concrete slabs. The envelope consists of an SFS inner leaf with 150mm insulated cavity closing out with a brick outer-leaf with aluminium composite windows and louvered dressings. The inner leaf is constructed using a steel framing system and 100mm insulation to provide a u-value of 0.17. The inner walls are primarily plasterboard fire & acoustic rated partitions. The kitchens contain built in units, appliances and TVs. The two blocks have green roofs and further energy-efficiency is achieved through the use of a gas-fired CHP plant and PIR sensors will be used in communal kitchen areas to prevent lights being left on when these areas are vacant.

Before piling could begin there were two issues to deal with, one ancient and one modern, says Bennett’s Contracts Manager Michael Keogh. “There was quite extensive archaeological excavation carried out on site. We had four archaeologists on site at one stage. They found, a large amount of existing foundations mostly relating to two distilleries, one from circa 1750 and one from circa 1820. It was a challenge to keep continuity in both the archaeological works and piling. We then had to contend with the fibre-optic cables for the Digital Hub that transverse the site below ground. We had to divert these cables and also work around them. We had to militate against vibration that might damage the cables. We had to monitor vibration levels on all buildings surrounding the site, notably on the eastern perimeter, where the perimeter wall remains from the exercise yard of the 18th  century Marshalsea Debtors Prison.

In addition to the student accommodation, Bennett Construction Limited has also refurbished a three-storey Grainstore warehouse and converted it into 10,650ft2 of office space for the Digital Hub. Originally part of the Marshalsea Prison, it was subsequently used by the Roes Distillery. Work here involved temporarily propping up the main structure, forming new openings in the north facade, installing a new atrium over the height of the building, removing and replacing the existing roof, which contained asbestos. The Grainstore building is of architectural & historical interest and on completion complies will all of the necessary building regulations. This phase of the works was successfully completed & handed over to the Digital Hub in April 15 for use as offices.

At peak activity, there will be 300 construction workers on the site and works are due to be completed in July 2016 in plenty of time for the start of the 2016-17 academic year in September.

At the other end of the city centre, at Hanover Quay, overlooking the Grand Canal Basin, Bennett Construction Limited is building the shell and core of a three-storey office that will have Airbnb as a tenant. They were seeking premises for an expansion that will see the company employ another 200 people. There are so many IT, internet and digital media companies in this district that it is being dubbed ‘Silicon Docklands’.

The project at 7-8 Hanover Quay involved the demolition of the existing 19th century building, with the retention of its facade which is constructed using calp limestone and brickwork with granite dressings. “It as a challenge to devise a sequence where we had continuity of both the demolition and the facade retention work and we are maintaining our programme on site,” says Keogh. “We have to refurbish the facade using reclaimed calp and salvaged brick and have employed a specialist contractor for the lime mortars and lime renders.

“It is a very restricted site with roads on three sides and existing property on the fourth. The basement level is 2.2m below the waterline of the Grand Canal Dock, so the perimeter retaining elements will be constructed utilising watertight construction and a tanking system. The site had varying degrees of soil contamination. We divided the site into 7.5msq grids over two depths and have employed an Environmental Consultant to investigate and confirm the category of contamination and to advise on suitable methods of disposal. Any contaminated material is disposed under license with records maintained for all relevant authorities”

The building’s structural elements consist of 150 number 450mm cfa piles, pile caps and in situ concrete slab with concrete retaining elements to basement level. The main frame of the building is of structural steel columns, castellated steel beams with metal decking and insitu concrete slabs. The roof structure consists of exposed steel trusses with a mixture of external zinc cladding and traditional timber rafters and slates housing various items of plant. The existing facades will provide the envelope to the building and will be tied to the new structural frame at each floor plate. A large atrium from roof level to basement will provide an open and light feel to the building. A lift will serve all floors accessed from reception and in the basement there will be a bicycle storage area accessed through a lift from the ground floor courtyard.

The project commenced in mid-December 2014 with a soft strip and the preparation works for the façade retention system. The project is due for completion at the end of February next year with a tenant fit out running concurrently from November of this year.