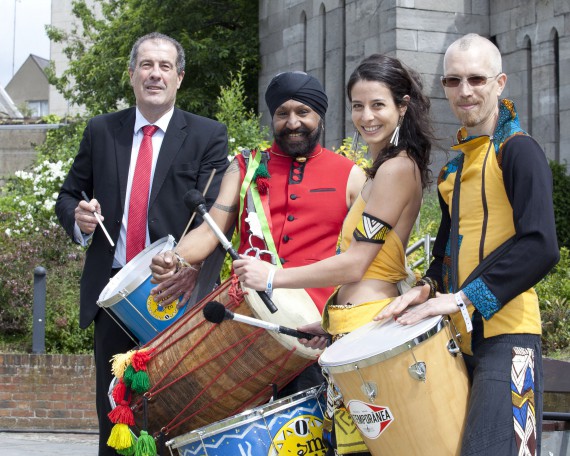 ESB International has secured a €17m contract with the Saudi Electricity Company to project-manage the construction of a highly efficient gas fired Combined Cycle power plant in a developing region of Saudi Arabia.

The global engineering consultancy announced the new project, which is the latest in a series of recent major business wins, as it celebrates 40 years in international business.

The four-year project will see 40 staff from ESB International working in the region throughout the period, as well as bringing 15 engineers from Saudi Arabia to Ireland for training. This is the latest in a number of initiatives undertaken for the Kingdom by ESB International stretching back to the consultancy’s beginnings. Saudi Arabia was one of the first countries that ESB International partnered with 40 years ago.

Commenting on the new contract, Pat O’Doherty, ESB Chief Executive, said: “Announcing this exciting new contract with the Saudi Electricity Company on the occasion of the consultancy’s 40th anniversary is very appropriate. Our ability to continue to win this level of business, in a very competitive market in a region that we have targeted for growth, is a testament to the experience and skills of ESB staff honed here in Ireland.

“In winning this new business, we were pitched against some of the larger consulting firms from Australia, Canada, Finland, Germany and Switzerland, where we had the competitive advantage of understanding the challenges that energy utilities face,” Mr O’Doherty continued.

Through ESB International’s innovation, 50MW of integrated solar power will also be delivered as part of the generation project. The project, which will bring electricity to the equivalent of one million homes, will support Saudi Arabia’s vision to have a future that won’t solely be dependent upon fossil fuel.

ESB International has also been awarded an addition to its contract with Electricity and Water Authority of Bahrain. This is the second phase of the 2012-2016 Electricity Transmission System Development Project, phase one of which was awarded in 2014. The total value of the contract is €12.5 million. ESB International will design and supervise the development of twenty-one high voltage substations (220 KV and 66 KV) and their associated underground feeder cable circuits. The driving force behind this latest addition is the construction of government housing schemes currently underway in an effort to clear housing waiting lists and to meet the requirements of a rapidly growing population.

Minister for Communications, Energy and Natural Resources, Alex White TD said: “The announcement of these contracts builds on a very fruitful year for one of Ireland’s leading international companies. Over the 12 months of its 40th anniversary year, ESB International has signed contracts to the value of €50 million across three continents. Over 40 years ESB International has exported its greatest asset – the talent of more than 1,100 people – across the globe. They have brought Irish-grown expertise to improve the lives of millions of people in 120 countries. With 750 people currently employed globally, ESB International truly is an Irish success story.”