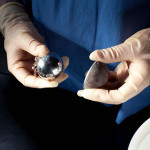 Minister Simon Coveney has officially opened a new €53.2 million 320,000 square foot state-of-the-art plant expansion for DePuy Synthes Companies of Johnson & Johnson, a global leader in orthopaedic and neurological solutions, that is expected to bring an additional 80 new jobs to the estimated 800 positions already at the site in Cork, Ireland.

The jobs are supported by the Department of Jobs, Enterprise and Innovation through IDA Ireland.

DePuy Synthes established a manufacturing facility in Ringaskiddy, Cork in 1997. Its long-standing commitment to innovation in patient care has helped the company become a global leader in joint replacement with a comprehensive portfolio of hip, knee and shoulder replacements that has reshaped the orthopaedic landscape with leading products. Today, the DePuy Synthes Joint Reconstruction portfolio includes more than 200 products manufactured at multiple sites around the world.

Welcoming the development, Minister for Jobs, Enterprise and Innovation Richard Bruton TDwho has met senior J&J executives on a number of occasions since taking office, said: “Medical devices is a key sector which we have targeted as part of our Action Plan for Jobs, and today’s announcement of a further major investment which will bring an extra 80 jobs for De Puy in Cork is a great boost. I wish Willem and the team continued success with their operations in Cork.”

Commenting on the announcement, Willem Appelo, VP, Supply Chain, Johnson & Johnson Global Orthopaedics Group, said:“The decision to expand this site in Ireland was a strategically important investment due to the site’s strong track record of excellence in quality and innovation to support the growing demand of our business around the world.” Mr. Appelo also paid tribute to the IDA and the Irish government for their assistance with the project.

Minister Simon Coveney said: “I am really impressed with this new facility. It represents a significant additional investment by Johnson & Johnson which will allow its medical devices company De Puy Synthes to consolidate its position as a world class manufacturer and further enhance its reputation for excellence. 80 extra jobs is great news for Cork and for the region. I wish them continued success.”

IDA’s CEO Martin Shanahan also welcomed the announcement, saying: “This further expansion by DePuy Synthes Companies of Johnson and Johnson, adding 80 new jobs to its 800-strong workforce at the Cork site, is great news for the region.  It’s a strong endorsement of the site’s ability to deliver excellence in innovation and manufacturing which in turn acts as an exemplar for this key medical devices sector in the South Region and Ireland. This announcement, following as it does yesterday’s news that Johnson & Johnson Vision Care (Ireland) Limited, trading as Vistakon Ireland, is to invest over €100M in the expansion of its manufacturing operations at its site in Plassey in Limerick, demonstrates a substantial and very welcome commitment by the J & J group of companies to Ireland.”