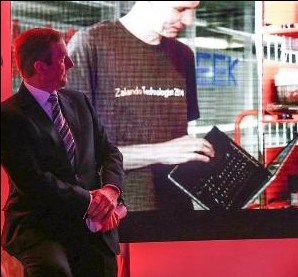 An Taoiseach Enda Kenny has announced the creation of 200 new software engineering jobs in Dublin at Zalando.

The Taoiseach welcomed Zalando to Ireland and said the development represented “significant R&D activity in Dublin to explore fundamental aspects of consumer behaviour and their relationship with online shopping” and added: This clustering of high-technology companies, offering high quality jobs, in a part of the city that was previously a declining industrial area, is symptomatic of the changed nature of the Irish economy, as we now have a very significant and growing knowledge based sector. We are improving on many cost competitiveness indicators and, most importantly, we are creating significant numbers of new jobs.

“Ireland is establishing a reputation as the Internet capital of Europe and this is further strengthened by Zalando’s decision to locate here,” Mr Kenny said. “Thanks to our talented workforce, Dublin’s Silicon Docks is home to some of the biggest internet companies in the world.”

At the official launch of the centre, chief executive and founder Robert Gentz said the Dublin facility will play a significant role as Zalando continues to expand across Europe.

“Understanding our customers, and gaining deep insights into their purchasing patterns and their behaviour online means we can provide them with a personalised and compelling offering,” said founder of Zalando Robert Gentz.