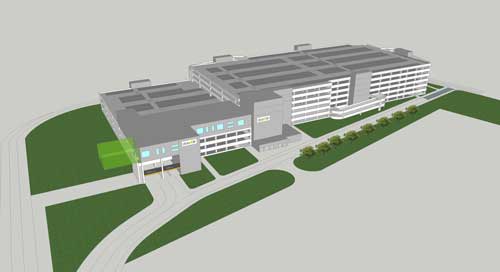 The works comprise a four-floor structured steel extension to the current two-storey car park that will more than double the capacity of the car park to 2,386 spaces.

Balfour Beatty will create the structure of the car park from steel, rather than more traditional pre-cast concrete, helping to reduce its weight and cost.

The new car park development has been designed to complement the existing car park facilities at the airport, which will remain open during the construction process.

Alan Garvin, Balfour Beatty Managing Director for Ireland, said: “Balfour Beatty has a long relationship with ‘daa’ having successfully completed a number of projects for them since 2006 and we look forward to continuing this relationship. We shall be using Building Information Modelling to provide a seamless interface between M&E, structural and civil design and to predict traffic flows enabling us to handover the car park efficiently for use.”

Works on site will be complete in December 2015.