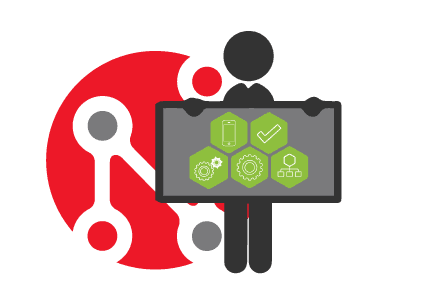 100 new tech jobs were announced today for County Waterford in a major boost for the area as three-year-old Irish technology company nearForm officially opened its new headquarters in Tramore.

The announcement was made by nearForm co-founders, chief executive officer (CEO) Cian Ó Maidín and chief technology officer (CTO) Richard Rodger. Speaking at the launch of the new offices, Cian said, “It’s a really proud day for us to announce these high-end jobs for Tramore. , we were strongly urged by many parties to relocate to the U.S. We chose to stay here and build our company in a place where we wanted to raise our families. Our growth to 35 staff over the last three years has vindicated this decision. We look forward to growing in Tramore and hiring local and international expertise to share in our journey.”

Ó Maidín and Rodger started the company in Waterford in 2011, when they were among the first in the world to identify the beginnings of a new era in internet technology that would revolutionise the way business is done online. Richard said, “The key elements of the technology that we specialise in are Node.js and microservices. These technologies empower  teams of software programmers to build faster, more stable, more versatile business platforms for large enterprises. nearForm has established itself as a global expert in driving the adoption of these Silicon Valley technologies by large enterprises.”

Officially opening nearForm’s new headquarters, Terence O’Rourke, Chairman of the Board of Enterprise Ireland, said: “A priority for Enterprise Ireland is to support entrepreneurship across the regions and develop strong, export focused, ambitious Irish companies that can win new business and jobs for Ireland. nearForm is an exemplar of the type of company we want to work with: they are innovative, ambitious and determined, and their rapid success to date is highly commendable. I congratulate Cian, Richard and their staff and wish them even greater success over the coming years as they grow to the next level”.

Minister for Jobs, Enterprise and Innovation, Richard Bruton TD said: “Employment is growing in every region of the country – but some regions are growing faster than others. At the heart of our jobs plan is accelerating this jobs growth in every region of the country. Our record in the South East since we put in place the South East Plan has been strong, with the fastest rate of jobs growth in the country and 22,700 extra people at work. nearForm is a great example of what we are trying to achieve – here is a fast-growing Irish tech company, recently started in a regional town, developing innovative technology and now adding 100 jobs. This is a huge boost for the South East and for regional towns right across the country”.

Minister for Housing, Planning and Construction 2020 Paudie Coffey TD said: “today’s announcement is extremely positive and is further evidence that the economic recovery is taking hold.  I want to congratulate the Co-founders of nearForm Cian and Richard on their hard work and commitment over many years that has led to today’s announcement and I want to wish them every success for the future.

nearForm also puts  family friendliness, gender balance and community at the forefront of its business. “We take our responsibility to our staff and the community we live in very seriously,” said Cian. “We’re not a typical start-up, where working weekends and a high-pressure environment might be the norm. We trust our staff to do their work without someone looking over their shoulder. We value happy staff who can make a positive contribution to the community in Tramore.”

Also striking is the fact that the company has generated so much success with no investment funding to date. Chief operating officer (COO) Paul Savage said, “Sustainable growth has been one of nearForm’s core values from the start. We have maintained control over our own growth. I’m incredibly proud that we have achieved 100% growth year on year, every year.”

nearForm are international thought leaders on Node.js and have hosted a number of conferences worldwide on the subject. Next month they will hold the first ever conference in One World Trade Centre in New York, which will be co-hosted by Condé Nast.