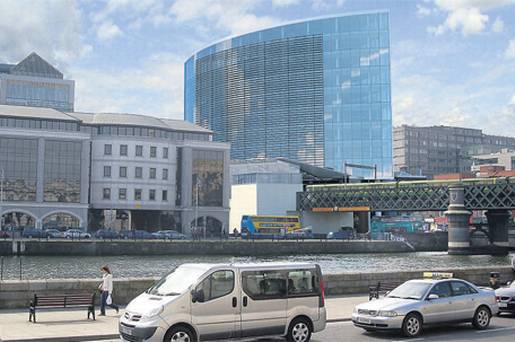 CIE is looking for a development partner to help it build a modern office block beside it’s Tara Street station in Dublin.

A range of developers and investment funds are searching for city centre office development potential now that the demand for office space has soared again and top rents are even higher than during the property boom.

CIÉ is keen to partner and lock in to an income stream with the successful developer who will handle the fundamentals and build the project. Ross Shorten of Lisney, who is advising CIÉ, told the Irish Times that they were expecting a good response from office developers in particular but also from others given the wide range of uses that would be permitted in such a central area like ground-floor retail, a hotel and a residential element as well as offices.

“The office site is now surplus to CIÉ’s requirements,” according to Mr Shorten. “The block to be built there is likely to be a landmark office development, offering some of the best views over the city centre and along the docklands.”

The site extends to 0.135 of a hectare (0.33 of an acre) and currently houses Tara House, a rundown office block which was originally developed by the Irish Press Group.