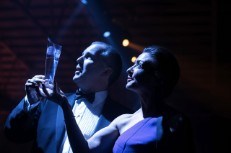 Deloitte marked the 7th year of its prestigious Best Managed Awards Programme by announcing that 110 companies from across Ireland have received the Best Managed Companies award.

The awards, held in association with Barclays Bank Ireland, were attended by over 800 from the Irish business community.  Minister for Jobs, Enterprise and Innovation, Richard Bruton, TD, gave a keynote address at the awards gala.

These companies have a combined turnover of almost €10 billion and the largest proportion, 21%, are drawn from the technology, media and telecommunication industries.  This network of excellence is made up of companies from all around Ireland, and they represent the benchmark of success across industries including construction, manufacturing, ICT, hospitality and catering, among others.

Three first time winners were singled out for special recognition – Easons for commitment, Openmind Networks for excellence in strategy; and Chain Reaction Cycles Ltd for capability, which are the cornerstones of the Best Managed Companies Awards criteria. Former CEO of Enterprise Ireland, Frank Ryan, chaired the independent judging panel that took a holistic approach to measuring the complete company performance that went beyond a focus on financials.

Minister for Jobs, Enterprise and Innovation, Richard Bruton, TD, congratulated the winning companies: “At the heart of our jobs plan is creating a powerful engine of Irish enterprise alongside the multinational sector. Over the past three years we have seen major progress in this area, with well over 15,000 extra people at work in these companies over that time.

“The quality of management in Irish companies is an area which we have specifically targeted, as it makes a major difference to the performance of our indigenous businesses. Through the Action Plan for Jobs we are delivering a range of new measures to address this, including improved mentoring and better management support programmes.

“This programme shows what is possible in Irish businesses with improved management and I congratulate all involved on their excellent achievement.”

Clancy Construction, EPS Group and Extraspace all made the list this year. Commenting on this year’s programme, Managing Partner of Deloitte and judging panel member, Brendan Jennings, said: “Our congratulations to all those companies celebrating their Best Managed status. Whether receiving this accolade for the first or the seventh time, it is no mean feat, and it reflects a high level of commitment and capability. In working closely with these companies for the best part of a year, it’s clear to see why they are being recognised as Best Managed. It is a defined strategy, clearly communicated and executed; a belief in innovation in products and practices as a cornerstone of growth; a recognition of the importance of R&D spend; and an intuitive understanding of their marketplace.”

Head of Large Corporates for Barclays Bank Ireland, Helen Kelly added: “Success is not just about the strength of a company’s management team but how their strengths are leveraged to maximise that company’s potential and this is something that we at Barclays have witnessed over the past few weeks and months in working with each of these best managed companies. As lead sponsor, it has been a great pleasure to mentor and support each of these management teams and on behalf of everyone at Barclays I would like to congratulate them sincerely on their awards.”

The Deloitte Best Managed Companies Awards, in association with Barclays Bank Ireland, is open to companies from all 32 counties on the island of Ireland. It is the only awards programme that considers a business’ performance from every perspective. Details of entry for the 2015/2016 programme will be issued in the coming weeks on www.deloittebestmanaged.ie. The Best Managed designation is an important marketing tool for the winning companies – but, perhaps most importantly, the awards provide a reason to celebrate the efforts of the entire company.