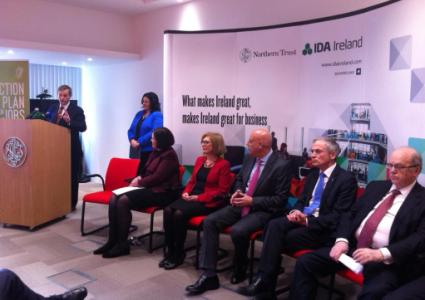 US financial firm Northern Trust have announced that they will create 300 new jobs over the next three years, as part of an expansion of their Limerick operations.

The Taoiseach said that the company’s expansion and creation of new jobs “are a recognition of all that Limerick has to offer for leading multinational companies”.

It means that Northern Trust’s Limerick office is now expected to reach more than 1000 employees by the end of 2017 which is an absolutely fantastic figure in national terms but is of course particularly good news for Limerick.

And I’m pleased to be able to say that Northern Trust’s expansion is part of a broader trend across the economy.

While our recovery remains fragile, Ireland’s economy was the fastest growing in Europe last year and is expected to be again in 2015.

This is the second investment announced by Northern Trust in the last three years. The firm has been in Ireland since 1989, opening its Dublin office in 2000 and its Limerick office in 2006.