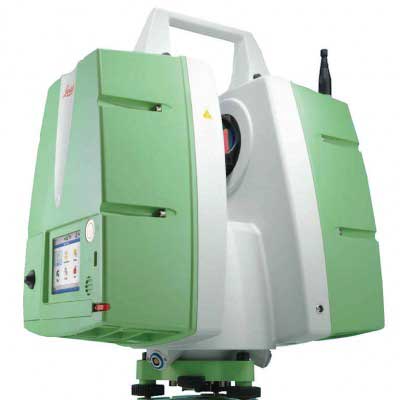 Over the last decade, and as Leica Geosystems’ Distribution Partner in Ireland, Survey Instrument Services (SIS) has grown the HDS (High Definition Surveying) industry in Ireland from a handful of innovative specialist companies testing the Leica Geosystems scanners, to a majority of users who now seek to cut project lead times and design processes by adapting existing work-flows to suit a multitude of industrial, heritage, surveying, retrofitting, facilities management, and BIM applications.

At SIS we have a dedicated team with the training and expertise required to deal with this new technology. We were the first company to offer HDS technologies in Ireland and we can advise on the entire HDS work-flow.

HDS from Leica GeoSystems’ fits the BIM process like a glove. With scanners collecting up to 1 million points a second, Leica GeoSystems has covered all the angles in one stroke, you can set-up, scan, and move in less than 90 seconds! Both the P15 and P20 scanners boast 3mm accuracy, a 144mp equivalent full colour camera, and an exterior job-site safe IP54 rating with an industry beating operating temperature range of -20°C to +50°C. Importantly, and unlike many systems, the P15 and P20 both have an active built-in dual axis compensator, much like traditional survey total stations, so wind or minor vibrations do not have an effect on the quality of the scan data being collected.

Having successfully introduced GPS and GNSS technology into the Irish market we are uniquely experienced in bringing innovative solutions to industry which bring huge productivity advantages. We are currently experiencing a surge in the hire of surveying equipment including construction lasers, RTK GPS, Robotic Total Stations or 3D Laser Scanners. We have the most modern hire fleet of survey equipment in the country, for new users we deliver our equipment with training, and we are always contactable by phone to support our users.

With the latest version of Cyclone software, HDS data can be delivered to BIM operators with the least amount of effort. Cyclone will now import and read HDS scan data, perform an automatic initial alignment, and register your scans ready for modelling quickly and accurately.  Alternatively you can use the scanner’s on-board survey set-up functionality using standard survey traversing or resection-like routines. This allows the user to download HDS data without the need to register it back in the office.

Survey Instrument Services Ltd was set up in 1973 to provide servicing of surveying equipment for the construction industry, Ordnance Survey and County Councils, and has since expanded into providing a range of electronic equipment and services.

This agency continued until in 1988 when Wild Leitz & Kern merged. Shortly after this SIS was appointed sole distributor in Ireland for the Wild/Leitz Geodetic & Photogrammetric range of equipment.

In 1994 Leica Geosystems Ltd acquired the Wild/Leitz agency, and SIS was appointed as its sole Distributor in Ireland.

SIS remains one of the largest suppliers of surveying equipment and accessories in Ireland and has an unrivalled Service Department, Leica fully equipped and approved,  with factory trained personnel.  We have our own in house Software Development and Technical Support Department,  which enables us to fully support our product range.

We have an unrivalled service department and are the only Authorized Service Centre in Ireland for Leica Geosystems with factory trained personnel. Our Service Partner Accreditation was issued by Leica Geosystems HQ in Heerbrugg, Switzerland after a comprehensive audit of SIS service facility at our Dublin office.

This enables SIS to offer its customers the highest standards of service. The accreditation awarded to the Dublin service centre encompasses the Construction lasers, Digital and Electronic Levels and Total Stations.

Covering the entire country, our support team can meet, advise and train those who are considering using scanning for the first time.  If you would like further information or would like to book a demonstration, please call either Donnchadh Kelly on 087 258 5320 or William Flynn on 087 952 6593. http://sisirl.com/