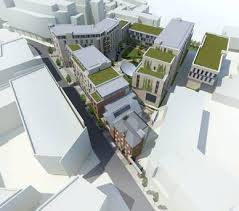 Urbanest last year bought a site in Dublin at Mill Street in Dublin 8 which it plans to develop with the Creedon Group, reports the Irish Independent.

Now though, Urbanest’s European chief executive Tim Mitchell believes there is scope for much greater expansion in Dublin in the years ahead.

The company, which specialises in building student accommodation around the world, has just completed a large development at King’s Cross in London, and is now turning its attention to Dublin.

“The requirements of students around the world and in Ireland in particular, will be enormous in the years ahead,” Mr Mitchell told the Irish Independent.

“Dublin is a core global destination city for leisure business and education, particularly for language schools, and we are very excited about that.”

Urbanest is focused mainly on the UK, middle east and Australia but is now branching out into the rest of Europe. Unlike the UK market, Mr Mitchell believes the support the Government here is giving the education sector has combined with the growth of the so-called Silicon Docks to make Dublin very attractive to overseas investment.

“You have incredible support from government and its recognition of the importance of the knowledge economy. Clearly, your politicians recognise the value of the bringing young people in to learn and that it can be a ticket to long term prosperity,” he added.

“Dublin has about 80,000 full time students and 100,000 language schools students. By those numbers we aren’t chasing absolute scale but there is clearly a market there that we can capitalise on and hopefully grow quite quickly. ”

The Mill Street development will be Urbanest’s second attempt at biulding a site in Dublin.

Two years ago the company bought a site in the Docklands that it earmarked to build on, but its application was rejected by An Bord Pleanala on appeal as it would lead to the creation of an “intimidating and threatening urban streetscape” and that it would injure the amenity and depreciate the value of the properties in the vicinity.

Assuming the latest planning application from Urbanest turns out to be successful, then Creedon Group’s Martin Credon says construction would begin this coming autumn and would then be scheduled to be completed in time for the start of the 2017/2018 academic year. Source: The Irish Independent.