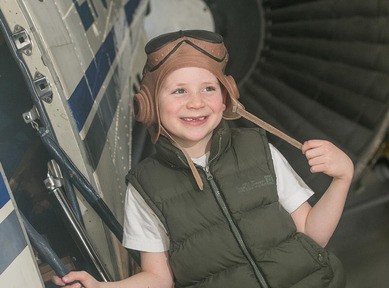 IT Carlow has just announced the opening of a €500,000 aerospace centre as part of its CAO campaign launch.

Unique to a third-level institute in Ireland, the centre provides students of its school of engineering with an “aircraft maintenance environment” to ensure up-to-the-minute industry skills.

“Aviation is one of the largest and fastest growing industries in the world. IT Carlow offers degree courses in aero engineering and pilot studies and is also the only third-level institute in the country to offer a Bachelor of Engineering in Aircraft Systems,” said Dr Donnacha Lowney, head of the department of aerospace, mechanical and electronic engineering at IT Carlow.

“More than 90pc of our graduates on these courses are employed within the sector or go on to further study and are enjoying careers with prestigious organisations such as the European Space Agency, Aer Lingus, British Airways, the UK’s Ministry of Defence and DLR (German Space Agency).”

IT Carlow’s Aerospace Centre follows on from the opening last year of the self-funded €7.4m dedicated research building, the Dargan Centre, which houses up to 150 research students working on bioenvironmental technologies, product design and innovation, computer gaming and health sciences.

Since its founding in 1970, IT Carlow has generated more than 40,000 graduates. It currently ranks as the fourth largest of Ireland’s 14 ITs with 7,500 enrolments.